Time to start up the point system again.

It has been long enough, playing without MajorCommand point system. I propose that the win-loss points be instituted into the players' records starting 6-9 months after the flash switch over. By then, all existing players at that time, plus the newbies will have become accustomed to the new site. I realize that they may not be able to be pushed through yet, but why prolong the agony. MajorCommand should have been able to have kept track of the game outcomes and at some date, update the records. What do you all think?

Well this is what I was thinking....

Yes we have a record of all the games that have been played this year, but since it was announced that the points were not tracked, then it would be unfair to retro allocate points.

And there is some backend work that needs to be done first before we can make the point system functional.

We are currently working on a roadmap to outline the repairs and improvements to the game, which includes when we will be able to activate the point system. So I will post that roadmap soon in another thread.

So what I was thinking is: At some point, we can go back through the played games for this year, and we can calculate any won games, and use that toward your medals.

I was thinking that would be a bit of a compromise/reward as we move forward.... How does that sound?

That sounds like a lot of work! I have enjoyed the time to try new maps and strategies without effect on points. But counting towards medals would be great. 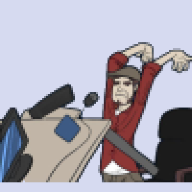 Really looking forward for the point system to be active again! I love some competition in games!

smi said:
Really looking forward for the point system to be active again! I love some competition in games!
Click to expand...

If you want, you can gather together some players who are willing to compete for points.

Then in this thread below, paste the following:
Then I will adjust everyone's points manually once the game ends.

I would be willing to be involved, let me know if you need a player for this. 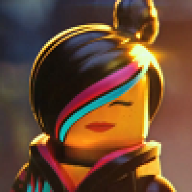 I think sheriff was saying that if there is a game where everyone agreed at the start of the game to have the game count towards points, then let him know. He will manually change the points once the game is finished. Just let him know the game number.

Well then I will let him know the ones that I won.

engineerairborne said:
Well then I will let him know the ones that I won.
Click to expand...