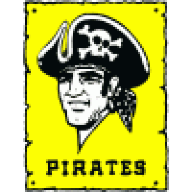 Operation A Bridge Too Far has succeeded. RBB has been eliminated, punching a ticket for one Double Anarchist to the final vote.

samular said:
Operation A Bridge Too Far has succeeded. RBB has been eliminated, punching a ticket for one Double Anarchist to the final vote.
Click to expand...

It could be you if you kill of Orbo...

unfortunately, that's not how the rules work Cool, it's up to your team, FF, which one of us moves on. I've already assumed it would be Sam, which I'm totally happy with, as my overall strategy for this didn't depend on me being the winner to count as success

ORBOTRON said:
unfortunately, that's not how the rules work Cool, it's up to your team, FF, which one of us moves on. I've already assumed it would be Sam, which I'm totally happy with, as my overall strategy for this didn't depend on me being the winner to count as success
Click to expand...

So what would happen if samular eliminated you? How would the next game be any different if we or sam eliminated you? I think either way, it will be samular vs Thunderous for the title. But to be honest, I lost track of the precise rules.

ORBOTRON said:
as my overall strategy for this didn't depend on me being the winner to count as success
Click to expand...

There is no next game cool, the two left from this game are the finalists.

Lol, Z, yes, one measure of success was accomplished quite early on, haha

ORBOTRON said:
There is no next game cool, the two left from this game are the finalists
Click to expand...

Yeah, I know. That is the next game I'm talking about. The final is a 1-vs-1 game. My question is: would it matter for the line-up of that game who kills you? For now, the three eligible for the final are you (Orbo), samular and Thunderous. One of these three gets killed and the other two will play the final. So, as I understand it, if samular kills you, he'll play Thunderous in the final. If Thunderous kills you, it will be samular vs Thunderous. So, it doesn't matter who kills who, the two (eligibles) left standing will be finalists. Or am I missing something?

no, there is no final cool, who ever of the four remaining survivors, (Thunderous, Samular, Orbitron and RBB, (RBB can win now) is left at the end of the game choses one of the other two survivors,( so if i win, i have to choose ORBO or sam) and everyone else who played chooses a winner from those two

Right, like I said Cool, there are no more games, the game we are playing is the last game. RBB was the first of the final four to be eliminated, so he's out. Now whoever wins this game (obviously FF) chooses whether to eliminate myself or Sam (almost certainly me). Then all 6 of us eliminated players vote on who we want the winner to be out of the final two.

I get it (finally). Thanks for explaining. That's what happens when you've never watched Survivor (Or Expedition Robinson [as in Crusoe] as it is called in the Netherlands).

In the voting; wouldn't it make sens that FF will vote for FF and Anarchists for anarchists (interesting; anarchists voting), leading to a 3-3 deadlock (Bush vs Gore 2000, anyone? Better design good ballots).

That's where diplomacy comes in

When voting your Survivor this holiday season, remember who makes you all sorts of pretty tables for people's tournaments.

Welcome back to the game previously defeated players!
Your job now, is to help whomever's team you are on... or completely sabotage it, that's entirely up to you. you are not able to 'win' this tourney, as you have already been removed, but will make the final decision as to whom the ultimate winner is, by casting a private vote via note to myself, ghost, at the end of this game.

the rules for the next game are as follows:

1) each team, comprised of previously defeated players & still active players, will duel it out in a 4 vs 4 game on the map of my choosing, with the settings of my choosing.

2) the first of the 4 remaining active players to be terminated from the game, will be removed from the island.

3) the player/team that wins this game, will chose 1 player to be eliminated from the island.

4) the two remaining players will be the final two, the previously defeated players, all 6 of you, will then send me a private note, voting whom you would like to see win Survivor MajCom Season 2.

if both "ACTIVE" players of a team are eliminated, the rule still applies, the first is removed from the island.. and the second waits in limbo for the game to finish his ultimate demise/progression determined by the winner of this game.

if ALL FOUR remaining active players are killed, the final player (last one killed) will be the winner of this game, and will decide whom he would like to take with him to the final two.

Goodluck to all of you! May the best man win!
Click to expand...

so am i right in saying that i now choose weather orbo or samular is eliminated, the the rest cast votes to see who the winner is?

I'm pretty sure your whole team is supposed to make the decision, but I don't think it really matters, I've already eaten my last meal and I'm ready to stand in front of the firing squad haha

When do I get to vote and who are the candidates? I guess Thunderous and samular.

isn't me and who ever i choose out of ORBO and samular?

Thunderous said:
isn't me and who ever i choose out of ORBO and samular?
Click to expand...

Yes it is. Have you made your choice? Or are you still being lobby'd by both?

The only lobbying I've done is for Sam, lol

whomever you choose thunderous, will be who the final two are, so tell me... who are the final two?
(also, i'd like to apologize, this holiday season.. i haven't been around too much).. let's get this done before Christmas...