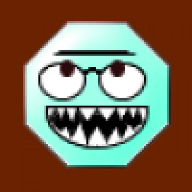 Player pressed "begin turn"(at 14:54) but screen didn't update - player switched to a different computer, logged out and in again, but the "begin turn" button was still unresponsive.

Other players observed from their screens that Chrislivuk had yet to begin his turn, with the clock counting down the 24 hours he had in which to start. However, the game moved onto the next player 1 hour later (at 15:54).

It appears that whilst Chrislivuk had started his turn, the game erroneously told him and his fellow players that he had yet to start, and would not allow him to play his turn.